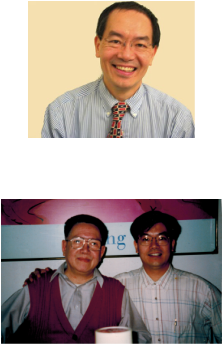 Yujun Shao acquired his Medical Degree from Guangzhou, China, and he performed his residency in the University Hospital in Guangzhou.  He specialized in applying acupuncture and Chinese herbal treatment in combination with internal medicine, surgery, dermatology, gynecology/obstetrics, and sports medicine.  In 1990, he served as a diplomat with the NCCAOM - a private non-profit organization, which develops, promotes, and administers examinations and certifications for acupuncture and Chinese herbology in the US. Form 1991-1995, Yujun continued his studies in New York City under the mentorship of Dr. Ching Y. Ting, a renowned doctor of traditional Chinese Medicine and acupuncture.  Upon Dr. Ting's death in 1995, Yujun took over his private practice in New York City with the approval and blessing of Dr. Ting's family.  Additionally, Yujun Shao served as a supervisor and instructor at the Pacific Oriental Medicine Clinic, and he has maintained a private practice in Manhattan since 1995.  Yujun Shao resides in New York City with his wife and daughter.

Yujun Shao owes his knowledge, skill, and healing spirit to Dr. Ching Y. Ting, who was one of the first traditional Chinese doctors to bring acupuncture to the United States and a key adviser in establishing acupuncture law in the State of New York.  Dr. Ting's grandfather opened China's first traditional herbal medicine school in Shanghai and was one of the last Royal Doctors to work with the Emperor in the Forbidden City.  It is important to note that Chinese medicine is as much of an art as it is a science, and medical training that has lasted several thousand years in Asia, and has been passed down from a master physician to his student - in much the same fashion as medicine has developed in the West, where the student was trained by the  master.  Besides his formal university training, Yujun Shao is also the beneficiary of Dr. Ting's lineage.